Did you know One Direction had a perfume? Well they do. It’s called Our Moment, and it’s sold out before even being available for purchase. Now, that’s impressive! 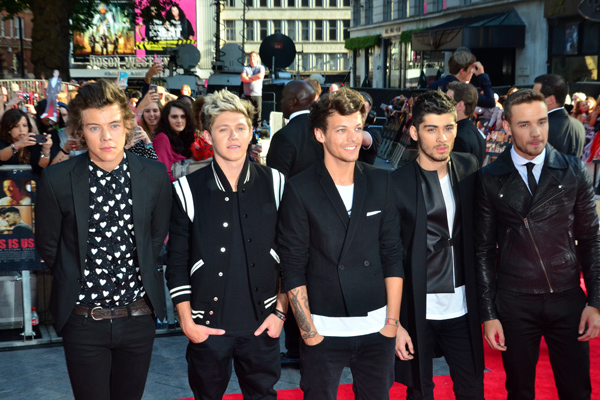 If you had plans to get your hands on a bottle of One Direction’s perfume, Our Moment, you may have to reschedule those plans.

Per Vogue UK, the scent was set to hit the online shelves on Friday — cleverly coordinated with the release of the band’s documentary One Direction: This Is Us — exclusively at Harrods.com, but it has already managed to stack up a waiting list. It’s sold out before you can even buy it! That’s crazy!

One Direction is releasing a book! >>

The perfume is allegedly in short supply, and only four samples have been sent out to different recipients. Even British journalists could not get their hands on a tester!

And if you’re thinking the perfume was simply pre-ordered by the entire tween/teen population of Earth, you are mistaken. The ages of those on the waiting list range from 16 to 68-years-old, and a whopping 20 per cent of purchasers are actually male.

One Direction covers “I Want It That Way” >>

The perfume is described as a mix of berries, red currants and grapefruit: very girly! Sadly, it will be a while until any of us will actually get to try it out. Until then, we can just watch the boys of One Direction dance and sing in their film, which hits theatres on Aug. 30.

Will you be picking up a flask of Our Moment?