This is so exciting and unexpected! ‘N Sync will reportedly reunite at this year’s Video Music Awards to celebrate Justin Timberlake’s achievement award. 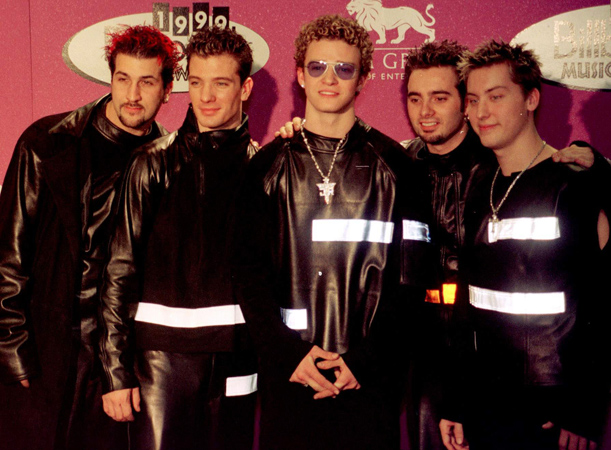 Well, this is almost more exciting than Kevin Richardson returning to Backstreet Boys!

The glorious, legendary ‘N Sync may be reuniting for the first time since they broke up in 2002! Oh yeah, dig up the posters, put on those hot pink sweatpants and let’s dance!

Per the New York Post’s Page Six, the 2013 MTV Video Music Awards may see the unification of Joey Fatone, Lance Bass, JC Chasez, Chris Kirkpatrick and Justin Timberlake in what will go down in history as “Greatest Moment for Humanity Since Records Began”. Or something a little less wordy. . .

Timberlake is expected to perform at the VMAs and is set to receive the Michael Jackson Video Vanguard award; pit seems ‘N Sync may come together one more time to celebrate Justin’s achievement.

Justin Timberlake on ‘N Sync days: “I looked like a moron” >>

The band released their last album Celebrity in 2001 and had their final tour following the release. The ‘N Sync-ers have since moved on to other projects and, despite countless rumours, have not made appearances or performances together since the breakup.

So, you must now cancel all of your plans for Sunday, August 25 from 9 p.m. EST and onward. Glue yourself to your television set and wait patiently. Hopefully, this is one rumour that will turn out to be true!