Welcome! The sweet actress Drew Barrymore has finally joined Twitter and is already planning a Twitterchat with thousands of followers. 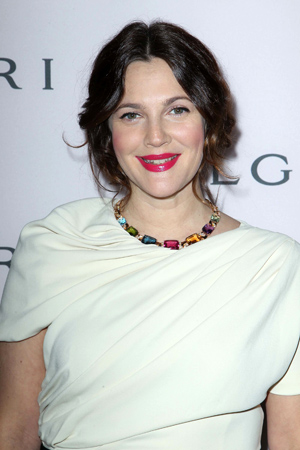 Oh, this is just so exciting! Drew Barrymore has finally joined all the cool people and begotten herself a Twitter account. Huzzah!

“Late to the party, but happy to be here! 140 characters should keep me from rambling. . . someone told me it doesn’t all have to fit in 1 tweet,” read the 38-year-old actress’ first tweet.

Barrymore then retweeted several posts from InStyle (she’s on the cover of their September issue!) and an announcement that she will be holding a Twitterchat with the magazine on Aug. 22. Fans can still submit their questions. So, if you’re curious about Drew, shimmy over and submit a question.

Despite joining the micro-blogging website less than 24 hours ago, Barrymore already boasts nearly 22, 000 followers! Not too shabby, we say.

The actress surely has loads to tweet about, like her adorable little daughter! Barrymore and husband, Will Kopelman, welcomed baby Olive last September. Just think of the cute baby photos!

We welcome Barrymore into the Twitterverse family, and we’re glad fans can keep in touch with her on a more regular basis now.