Chris Brown was forced to cancel several concert dates in Canada after being sentenced to 1,000 hours of community labour and being dropped by sponsors. 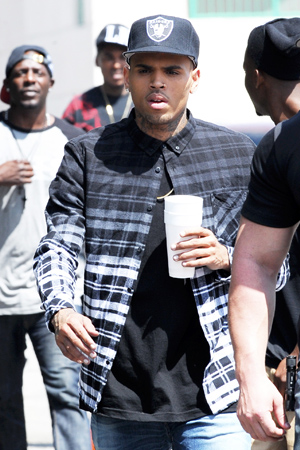 Sorry Canucks, but there shall be no Chris Brown for you this summer!

The 24-year-old singer sacked a series of concerts across Canada just a handful of days after a judge in Los Angeles ordered him to submit to 1,000 additional hours of community labour, stemming from a hit-and-run accident Brown was allegedly involved in back in June.

“After ongoing conversation and consultation with this year’s headline act Chris Brown, and in light of the performer’s recent personal and health-related issues, a decision has been made to cancel all four scheduled performances,” stated Stephen Tobin, owned of Drop Entertainment Group, which promoted the concerts. “In the absence of a festival headliner, we cannot proceed. We will start planning immediately for next year’s events and the Energy/Summer Rush series will be back in 2014, bigger and better than ever.”

Brown was the headliner of the Rush Energy Festival and was expected to perform in Toronto, Halifax, Saint John and Winnipeg between Aug. 29 and Sept. 1.

Per reports, several sponsors withdrew their support for the festival due to the Brown’s participation in the event, citing the singer’s legal run-ins — largely the 2009 Rihanna assault — as the reason for their retraction. This, in combination with Brown’s newly rekindled probation and unexpected seizure two weeks ago, prompted the promoter to postpone the concerts.

“Chris appreciates the support of his many thousands of fans north of the border,” the singer’s rep stated. “He is going to use this time to focus on himself and on the release of his upcoming album. Chris looks forward to performing in Canada very soon.”

What do you think of this? Fair or not so much?