Dick Van Dyke’s Jaguar sedan caught flames whilst he was driving down the highway in Los Angeles. The actor was rescued by firefighters. 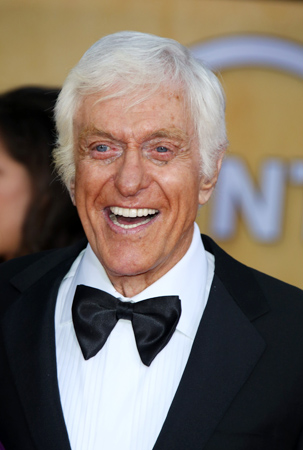 This was a close one! Dick Van Dyke was driving eastbound on Highway 101 in Los Angeles on Monday when his Jaguar sedan unexpectedly caught caught fire! That’s right, fire!

“Around 2 p.m. today we received a call that a car was on fire. . . There were reports that the person behind the wheel of the Jaguar was slumped over the wheel,” CHP (California Highway Patrol) Southern Division told E! News.

Adding, “We were told that there were nurses on the scene helping him. CHP and the Los Angeles County Fire Department responded to the call.”

Several lanes on the highway were subsequently shut (and have now been reopened). But the good news is: the 87-year-old actor is perfectly alright. No ambulance was summoned to the scene, and the firefighters deemed Van Dyke uninjured, after an examination.

That situation could have spiraled downward very quickly, but obviously it was handled with professionalism on the part of the emergency services. Our hats’ off to you!

Well, we’re glad Van Dyke is unharmed. He may need a new car though!