You have to respect your fans, and Beyoncé knows that. The singer was booed upon arriving to the V Festival 20 minutes late while fans waited in the rain. 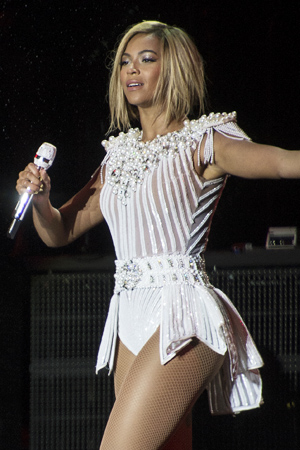 Things didn’t go over too smoothly for Beyoncé at the V Festival in England on Saturday. The singer was met with fervent booing upon taking the stage 20 minutes late whilst fans waited in the pouring rain and high winds.

Upon arrival to the fest in Hyland Park in Chelmsford, Beyoncé reportedly tried to calm the rampant booing with a quick thank-you to the patient fans before launching into “Run the World (Girls).”

“Thank you all so much for waiting in the rain… Now let’s have some fun in the rain. It feels good, doesn’t it?” Bey-Bey told the crowd.

But the singer’s tardiness was not the only disappointment during her scheduled appearance; the sound, allegedly, was not hooked up properly, and some concertgoers could not hear Beyoncé even when she did eventually start her performance.

“The sound was so terrible, people were just walking away halfway through her set,” one patron told U.K.’s Metro.

To add to the list of grievances, per reports, Beyoncé — unlike the rest of the performers — did not bequeath broadcasting rights to U.K.’s Channel 4, and hence the fans at home were unable to even preview the highlights of her performance. A bit of a bummer, no?

But if you look past all these minor mishaps, Beyoncé did reportedly put on one heck of a show, with costume changes and theatrics worthy of Queen Bey. So in the end, all her fans probably forgave her and just danced their worries away in the rain. That’s our conjecture, anyway.