Lady Gaga is not doing so well with Perez Hilton right now. The singer went on an extraordinary rant on Twitter when the celeb gossiper was spotted in her building. 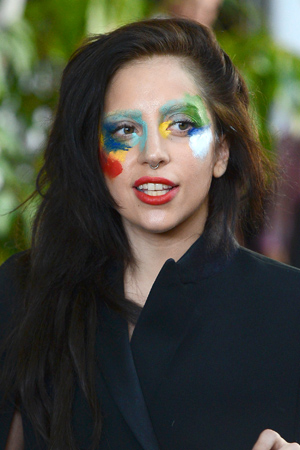 After getting into a bit of a word-fight with Perez Hilton on Friday, Lady Gaga was still fuming on Sunday. When a fan informed the songstress that Hilton was spotted in her apartment building, Gaga armed herself with all-caps and took to Twitter to unleash hell.

“STAY AWAY FROM ME + MY FAMILY YOU ARE SICK TRYING TO RENT AN APARTMENT IN MY BUILDING TO STALK ME. LEAVE ME ALONE!!!” the singer tweeted after allegedly confirming with security that Hilton was in the building.

“DO I NEED TO BE SHOT IT IN THE HEAD FOR PEOPLE TO UNDERSTAND THAT HIM AND EVERYONE ELSE THAT HARASSES ME HAS GONE TOO FAR? IM A HUMAN BEING,” continuing, “I just want to make music+make people smile. Im sorry to all the fans who are trying to enjoy whats suppose to be a happy time. Gone too far.”

Are we the only ones wondering how a fan knew Perez was in Gaga’s building? Sounds a bit stalker(ish) to us as well. . . Regardless, the feud began on Friday when Hilton reblogged a few tweets by Joseph Kahn, criticizing Gaga and her fans. Doesn’t sound like much, but it was enough to set Gaga off.

Hilton eventually responded to the singer’s vent with a statement:

“My heart hurts that my former very good friend Lady GaGa, a person I used to call my ‘wifey’ and traveled the world with, is making very public and very untrue allegations about me on Twitter. While it is still too painful for me to go into detail about why I chose to no longer make her a part of my life, I will say that I am a critic and not a stalker.

“Any allegation that I am stalking her is utterly false, defamatory and now appear to be putting me in danger. I will continue to be a critic — in a way that is not mean or involves name-calling, and I will continue to have an opinion and talk about music and songs, like GaGa’s “Applause.” As the suggestion that I pose a danger to GaGa is preposterous, if fans want to send a message of support to her, they should buy her music instead of sending me death threats.”

The statement prompted the singer to respond with another series of texts, which were met with responses from Hilton, and it just went on. All of the tweets have since been deleted from Gaga’s Twitter, but you can give them a read here.

What do you think? Is this only the beginning of the feud or just a momentary slip?