Lindsay Lohan’s much-awaited interview with Oprah Winfrey finally aired on Sunday. The actress revealed her addictions and plans for the future. 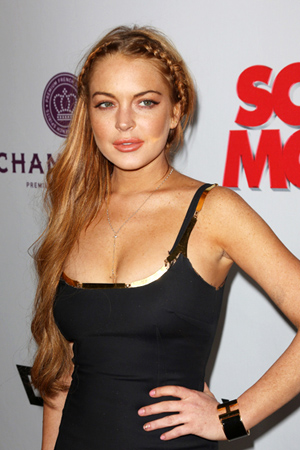 As much as we all secretly or openly have partaken in the bashing of Lindsay Lohan over the years, most of us still have an eternal soft spot for the girl.

In the highly-anticipated interview with Oprah Winfrey on Oprah’s Next Chapter on Sunday, the 27-year-old actress allowed us a glimpse of something we thought was lost forever — honesty. Lohan unreservedly discussed her struggles with addiction, rehab stints and plans to finally move forward.

When discussing her arrests, the actress revealed that on a subconscious level she wanted to be put in jail and kept crossing lines to be finally forced, “to find some peace and just have no choice but to just sit and be.”

However, the time Lohan spent in jail did not motivate her much, and she was back out partying, breaking laws as we’ve learned to expect from her. The last time around, the actress simply gave up and surrendered to the law, thinking it may actually work out this time.

Lindsay Lohan is out of rehab! >>

“In this case, I wasn’t fighting at all. I just let go and was able to just be like, ‘OK you probably do know what’s best, because my idea of doing what’s best for me has not worked in the past,” Lohan stated.

“I came into it just really willing, really craving more spirituality. Really open and ready to get really honest.”

During the interview, Lindsay admitted to being an addict, revealing that her drug of choice was alcohol, stating, “That, in the past, was a gateway to other things for me.”

She also revealed doing cocaine 10-15 times, despite not enjoying it at all, because “it allowed me to drink more, I think that’s why I did it.”

Lohan traced back her addiction to childhood and the family situation she grew up in, stating that she even found comfort in the chaos of her life.

“A lot of stuff went on with my family when I was young and I grew up in a very chaotic home and then there were moments of everything being wonderful and perfect and then things being so uncontrollable and chaotic that — it’s something people go through and unfortunately I waited too long to face it.”

Lindsay Lohan has had an “epiphany” >>

Adding, “It was a comfortable chaos for me. So what was chaotic for some people from the outside looking in was normal.”

Lohan confessed that she knows she needs to make amends and earn people’s trust back in order to regain her former success in the business. And she is willing to do it in order to “get the thing that’s made me the happiest my whole life back, which is just work really hard and stay focused and prove myself in the way that I did before in the past that I lost. I have to regain the trust of people in my career that have their doubts and I fully respect that on their behalf.”

And see? We love her so much that we’re willing to believe it. It’s difficult to see someone so young and talented not live up to their full potential. We have faith that Lohan will one day be amazing again – nay – even more amazing than ever before! Huzzah!