We knew it: best friends forever! Selena Gomez dispelled rumours that she is no longer on good terms with best friend, Taylor Swift. 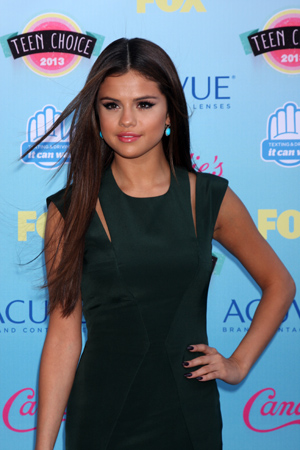 Selena Gomez is not about to allow people to think that she and her best friend, Taylor Swift, are anything but friendly.

Rumours have been swirling around, purporting the 21-year-old songstress and Swift have been feuding over the former’s ex-boyfriend, Justin Bieber. During a recent interview on The Talk, Gomez quickly dismissed the gossip and gushed about her bestie.

Selena Gomez got a new tattoo! >>

Adding, “People probably think we’re so lame, but we get so excited to hear our songs on the radio.”

Gomez stated that she’s been able to stay close to Swift over the years due to their down-to-earth mentality, even while they’re touring all over the world.

Selena Gomez: “I was never popular in school” >>

“We don’t roll with an entourage,” she told the hosts. “If we want to go to the movies or go shopping, we do that.”

Gomez has recently embarked on her Stars Dance tour, while Swift is still on her Red tour. We’re glad to hear these two are not feuding and are as close as ever. High fives for relative normalcy!