Everyone remembers her as Laurie Foreman! Sadly, Lisa Robin Kelly passed away in her sleep at a rehab facility, after struggling with addictions. 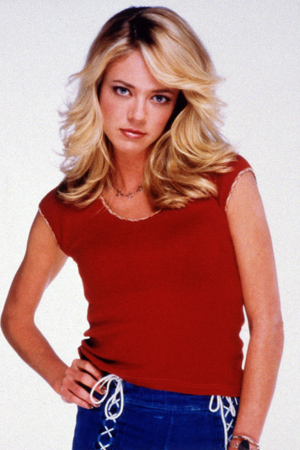 Kelly—who has been struggling with addiction for a while now—had recently voluntarily checked herself into a treatment facility. She passed way in her sleep while at the rehab centre in California.

“Unfortunately Lisa Robin Kelly passed away last evening,” Kelly’s agent Craig Wyckoff told E! News. “Lisa had voluntarily checked herself into a treatment facility early this week where she was battling the addiction problems that have plagued her these past few years. I spoke to her on Monday and she was hopeful and confident, looking forward to putting this part of her life behind her. Last night she lost the battle.”

The cause of Kelly’s death has not been determined.

The actress rose to fame as the promiscuous, superficial Laurie Foreman—Eric Foreman’s (Topher Grace) older sister—on That 70s Show. Kelly left the show in 2003 and was replaced by Christina Moore.

Of late, the star has only been known for her run-ins with the law, including several DUI charges. In 2012, Kelly and her husband were both charged with assault after police were dispatched to check out a disturbance at their home.

Regardless, we will always remember her as the hilarious Laurie and so will her co-stars from the show, who have since responded to her death.

“I am so sorry to hear about Lisa’s passing away,” Kurtwood Smith, who played Kelly’s father Red Foreman on the show, said in a released statement. “I know the last 10 years have been such a difficult struggle for her but I will always remember the lovely, funny and very talented young lady I worked with.”

Our condolences to the friends and family of the actress.