This will be interesting! Christian Bale has accepted the role of Moses in a Ridley Scott film, Exodus,which follows the life and struggle of the Biblical figure. 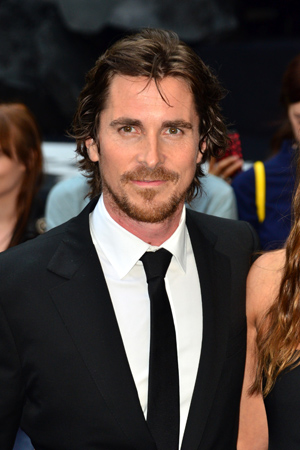 Things are about to get a little more biblical around here. . .

Christian Bale has reportedly taken on the role of Moses in a Ridley Scott film, Exodus, based on the second book of the Bible.

Bale will possibly be sharing the screen with Joel Edgerton, who is in talks for the role of famed Egyptian pharaoh Ramses. Edgerton has previously appeared in Zero Dark Thirty and The Great Gatsby. The script has been penned by Steve Zaillian, who has also written Schindler’s List and won an Academy Award for it.

No word yet on the physical appearance of Moses in this film. Will he be sporting a long beard? Will he be incredibly thin? How old will he be? We all know Bale has no problem adjusting himself for a particular role (i.e. his dramatic weight loss for The Machinist).

There has also been no word on the accuracy of the film or, rather, how closely it will follow the story in the Bible. It’s always tricky with a religious subject: it’s easy to offend those devoted to it.

Per Hollywood Reporter, the filming is scheduled to begin in September and will take place in Spain, Morocco and England.

We’re excited to see what will come of this film and how Scott will choose to direct it. It will also be interesting to see Bale’s portrayal of the Old Testament figure. It’s quite a departure for him.