Touring mate Ed Sheeran revealed that Taylor Swift has a very “English” and dry sense of humour, comparing the songstress to Ricky Gervais. 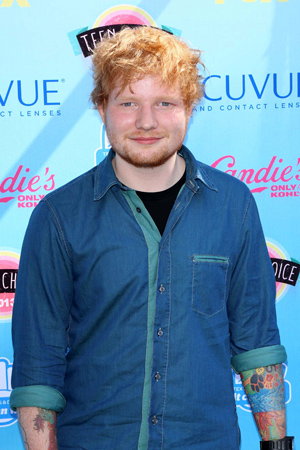 Aside from the fact that she writes songs about boys, there’s not much we know about Taylor Swift. Turns out she’s kind of hilarious too!

Ed Sheeran—the English singer-songwriter and opening act for Swift’s Red tour—spilled to E! News that the 23-year-old songstress has a very specific sense of humour, calling it “the most English sense of humor out of any American [he’s] ever met.”

Taylor Swift will present at the MMVAs >>

What does that mean? No fear, Sheeran explains: “She’s just dry, she has a very dry sense of humor and Americans are usually like slapstick comedy, that’s the big thing but she’s very English. She’s like The Office. English Office, not Steve Carell—Ricky Gervais.”

Is it just us or is it difficult to imagine the fragile-looking, delicate Swift carrying the humour of Ricky Gervais? We need evidence immediately.

Meanwhile, Swift will be continuing her Red tour with buddy-pal Sheeran in tow until the end of the year. So, they have plenty more time to enjoy each other’s company and indulge in Taylor’s alleged “dry humour.” (We still need proof!).

Chris Brown announces his retirement
Miley Cyrus reveals name of her new album!
Taylor Swift gets distracted by her cat during concerts