The YouTube sensation Sophia Grace Brownlee has landed her first movie role, co-starring with Meryl Streep, Johnny Depp and Anna Kendrick in Into the Woods. 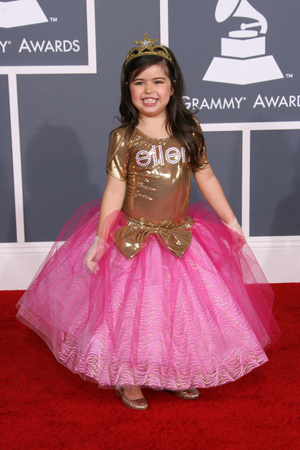 The Internet sensation and Ellen DeGeneres’ most favourite girl in the world, Sophia Grace Brownlee, has reportedly landed her first film role in an upcoming adaptation of Into the Woods.

The 10-year-old is set to play Little Red Riding Hood in the movie, and Brownlee’s camp has reportedly confirmed the news to Playbill. The cast of the film already includes Anna Kendrick, Meryl Streep, Emily Blunt and Johnny Depp. With those co-stars, it’s not too shabby for a first film role!

Sophia Grace, along with her cousin Rosie McClelland, rose to fame when a video of the duo performing Nicki Minaj’s “Super Bass” went viral on YouTube. They have since made numerous appearances on the Ellen DeGeneres show.

If the news is confirmed, it will be quite an accomplishment for this little girl! Some of the more seasoned actors do not get the opportunity to work alongside Meryl Streep and Johnny Depp. We can’t wait to see this film already!

August 2013 movie releases
Lessons from the movies: What to do when technology attacks
Peter Sarsgaard talks Dakota Fanning sex scene