Chris Brown has announced his possible exit from the music industry, stating he wishes to be famous for his music and not his mistakes. 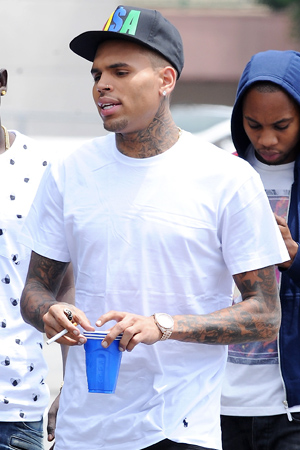 Chris Brown has taken to Twitter to declare his exit from the music industry, following the release of his latest album, X.

The 24-year-old singer stated he was “tired of being famous for a mistake,” referencing his gruesome 2009 assault of then-girlfriend Rihanna — though Brown has been in several other altercations since the assault.

“Don’t worry mainstream America. After this X album, it’ll probably be my last album,” Brown tweeted on Tuesday. “Being famous is amazing when it’s for ur music and talent. I’m tired of being famous for a mistake I made when i was 18. I’m cool & over it!”

Numerous venues, shows and radio stations have faced intense criticism for permitting the play of Brown’s music since the assault. The singer himself is also under constant scrutiny.

It should be noted that many artists claim retirement and never follow through, so we shall see how this unfolds. What do you think of this?

Miley Cyrus reveals name of her new album!
Taylor Swift gets distracted by her cat during concerts
Kanye West heartbroken over video leak