All that time and work are finally coming together! Jay Z premiered his Picasso Baby: A Performance Art Film on HBO this Friday, featuring prominent artists. 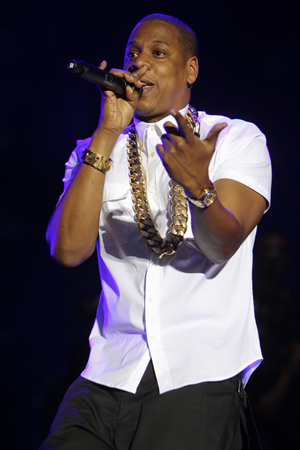 When Jay Z decided to rap his single “Picasso Baby” for six straight hours at the Pace Gallery in New York City, he didn’t do it just for his health. . . He turned it into a short film!

The Picasso Baby: A Performance Art Film premiered on HBO on Friday, but if you missed it, just watch it below (and you should definitely watch it!).

“The truth is, as far as hip-hop and arts, we were like cousins,” the rapper told Bill Maher on Real Time. “If you think about those days when Fab Five Freddy was with Madonna and Basquiat and everything. We all went to those clubs, that’s when hip-hop was more underground.

“The arts and hip-hop really partied together. But when art started becoming part of the gallery, it was this separation. But we pretty much came up together.”

We highly recommend watching this almost-11-minute film. It’s a great reintroduction of art into hip-hop and refreshing reminder of their flexibility. Let us know what you thought of it!

Lady Gaga to debut new single at VMAs
Robin Thicke collaborating with Miley Cyrus?
Jay-Z’s new album is number one in the U.K.!