Elle Macpherson walked down the aisle with her boyfriend of several years, Jeffrey Soffer, in a small ceremony in Fiji. This is her second marriage. 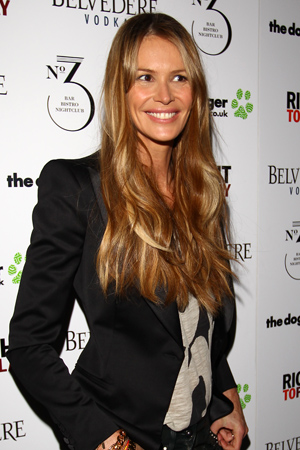 There shall be no more drooling over Elle Macpherson, for she is no longer on the market!

The 49-year-old model and former host (as well as current producer!) of NBC’s Fashion Star tied the knot with billionaire Jeffrey Soffer!

Macpherson never confirmed her engagement in the first place but instead has been sporting a giant diamond on that finger since March. The couple actually briefly broke up in 2012 after two years of dating, but reconciled several months later. They were married in a small, private ceremony in Fiji.

This is a second marriage for Macpherson. She was previously married to the French photographer Gilles Bensimon, from 1986 to 1989. The model was also in a long-term relationship with Arpad Busson (who is now with Uma Thurman!) until 2005; they had two sons, 15-year-old Flynn and 10-year-old, Cy.

Congratulations to the happy married couple! We must admit, Macpherson would look stunning in a white gown, especially with her age-defying superpowers.