George Clooney has decided to invest the money earned from his Nespresso commercials into funding a satellite to spy on the Sudanese dictator. 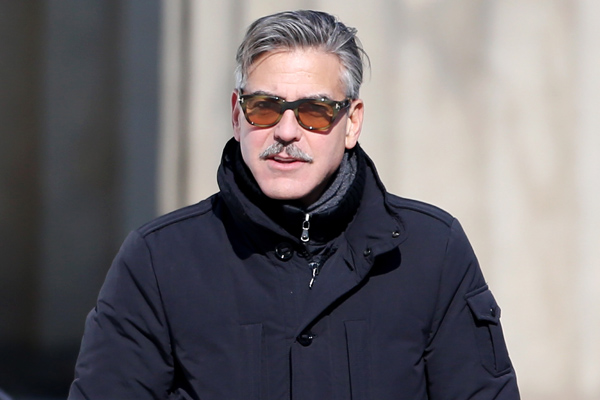 George Clooney is a nice guy, in case you ever had doubts.

The 52-year-old actor revealed to the Guardian that he is spending most of the money he earned from the Nespresso commercials on funding a satellite to keep track on Sudan’s ever-elusive dictator, Omar al-Bashir.

George Clooney is related to Lincoln! >>

“Most of the money I make on the [Nespresso] commercials I spend keeping a satellite over the border of North and South Sudan to keep an eye on Omar al-Bashir [the Sudanese dictator charged with war crimes at The Hague]. Then he puts out a statement saying that I’m spying on him and how would I like it if a camera was following me everywhere I went and I go ‘well welcome to my life Mr War Criminal’. I want the war criminal to have the same amount of attention that I get. I think that’s fair.”

Clooney could have taken the money and bought a new car, a gilded comb or bucketful of handsome, but he chose to continue helping the people of Sudan. Al-Bashir has reportedly fled to Nigeria to escape apprehension for war crimes and several human rights violations mostly committed in Darfur.

The actor’s “spy programme”, the Satellite Sentinel Project, tracks the movement of the Sudanese army and issues warnings to local civilians prior to attacks.

Nespresso is actually planning to source its’ coffee beans from South Sudan in the future, which will be a great source of income for a large part of the country’s population. So, there you go. We appreciate Clooney landing his celebrity status to raise awareness of the issues at hand in Sudan, especially Darfur. Those Nespresso commercials are easy on the eyes, too.

Harry Styles reveals how many women he’s bedded!
Paul Wesley and wife split up
Lindsay Lohan is out of rehab!