Say it ain’t so! It’s been confirmed; Rashida Jones and Rob Lowe are leaving Parks and Recreation in about the middle of upcoming season six. 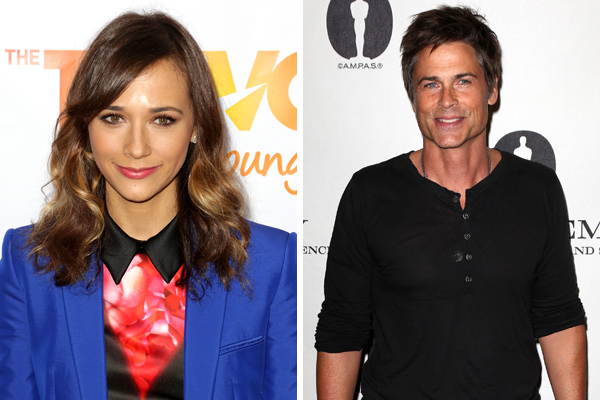 Let’s just get this out and over with, before we hopelessly cry ourselves to sleep. . .

It’s been confirmed that Rob Lowe and Rashida Jones are departing Parks and Recreation this upcoming season. Yes, it’s as if someone literally ripped our hearts out.

“The news about Rob and Rashida is true — they will be leaving the show after the 13th episode of the upcoming season six,” the show’s executive producer Mike Schur said in a statement. “We’ve been working on their storyline (on and off) for four seasons now, and heading into this year, with the two of them contemplating parenthood, it felt like a natural time to move them into the next phase.”

“We absolutely love both Rashida and Rob, and will be sad to see them go. Rashida was one of the very first people we knew we wanted in the cast, and as important as Ann is to Leslie (and vice-versa), she’ll certainly never be far from Pawnee,” he added. “Rob we initially thought we could only have for six or eight episodes, and we couldn’t be happier that he will have stuck around for 75. They are wonderful, funny, committed actors, they’ve been a huge part of the Parks and Rec family, and we think we have a great Pawnee send-off in the works for them.”

Jones has been with the NBC series since the beginning as the sweet Ann Perkins, with Lowe joining the second season as Chris Traeger. The fifth season ended with the two giving their relationship another go, whilst trying to have a baby. How can they be taken away from us at such a beautiful time in their lives? No, no, no, no, NO.

We’re curious about how they will tie their story together and what will happen to the show after their departure. What do you think?

Photo courtesy of Brian To and Fayes Vision/WENN.com