The purported womanizer, Harry Styles of One Direction, has finally ‘fessed up to the number of women he has slept with. It may shock you! 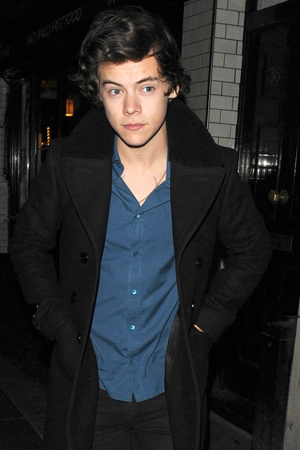 Whether you’re just curious or a fervently devoted fan of Harry Styles, the following may shock you. . .

The One Directioner is quite popular with the ladies, what with his flippy hair, tattoos and teddy bear smile; and in an interview for the September issue of GQ U.K., Styles revealed his magic number. Yes, the number of women he has bedded.

For a 19-year-old handsome fella with swarms of girls chasing after him, ‘tis be a modest number, no? Now, who are those women? Styles has been linked to many a lady but has officially dated only Taylor Swift and Kimberly Stewart. Maybe that’s our two?

While we’re in the subject area, Styles has also addressed the rampant rumours of his purported bisexuality, telling GQ, “Bisexual? Me? I don’t think so. I’m pretty sure, I’m not.”

There you have it. We have all learned something new about Harry Styles today.

Paul Wesley and wife split up
Lindsay Lohan is out of rehab!
Alyson Hannigan and husband will renew vows!