It’s been three months already, everybody! Lindsay Lohan has left the rehab facility where she has spent three months as part of her sentence for a car accident. 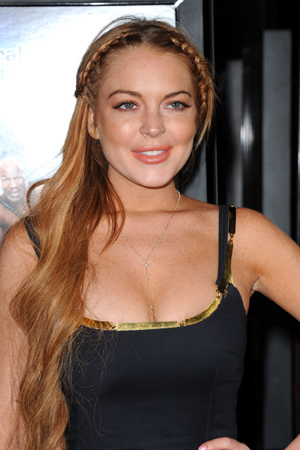 Lindsay Lohan was released from rehab yesterday evening upon the completion of her 90-day sentence stemming from a car accident last summer.

According to reports, the actress’ official release was supposed to be at midnight, but she was spotted departing the Cliffside Malibu facility at around 6 p.m. Lohan initially checked into the Betty Ford Center on May 3 but then transferred and spent about a month and a half at Cliffside. Per rumours, Lohan wanted a change, which is what drove her to switch rehabs.

Lohan was sentenced to 90 days within a locked rehab facility as part of her plea deal, following a car incident last summer. She was charged with reckless driving and giving false information to a peace officer.

The 27-year-old actress is already expected to co-host Chelsea Lately on Monday. This girl does not waste time! Meanwhile, Lohan’s latest film, The Canyons, has received some scathing reviews, but we hope this will not affect the star in the least.

Lindsay Lohan must check in to rehab today >>

A court hearing concerning her case is scheduled for Wednesday morning, but she is not required to attend. We’re glad to hear she is free at last, and we hope Lohan has taken something away from the experience. Welcome back, Lindsay!