The Simpsons co-creator, Sam Simon, is planning to give away his wealth following a terminal colon cancer diagnosis, which he revealed in May. 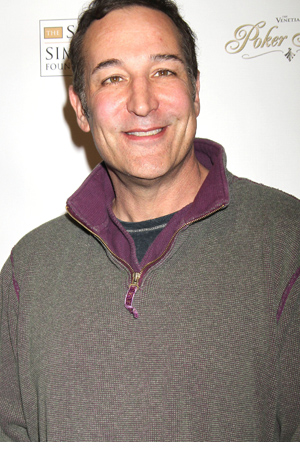 The Simpsons co-creator, Sam Simon, has decided to invest in some amazing causes while he is battling terminal colon cancer.

The 58-year-old writer-producer is using his fortune to shut down animal shows and roadside zoos, fund dog shelters and, of course, battle hunger. Simon is an avid supporter of PETA and many other organizations.

“I want medical experiments on animals stopped. They don’t do anything, and they don’t work,” he told The Hollywood Reporter. “Veganism is an answer for almost every problem facing the world in terms of hunger and climate change.”

Benedict Cumberbatch lends his voice to The Simpsons >>

Simon has recently had surgery and is undergoing chemotherapy; he has been given an estimated three to six months to live. He is planning to donate the majority of his wealth to charities of choice, although he has always been quite generous with his money.

“I get pleasure from it. I love it. I don’t feel like it is an obligation,” Simon told THR. “The truth is, I have more money than I’m interested in spending. Everyone in my family is taken care of. And I enjoy this.“

The Emmy award-winner revealed his prognosis in May. Simon has recently been working as a consultant on FX’s Anger Management. He is not married and has no children.

We applaud Simon’s continuous dedication to charity; we’re hoping great things will come from his donations!