It’s been a while since we’ve heard anything new from this gal. Lady Gaga is set to premiere a new single during her performance at the Video Music Awards. 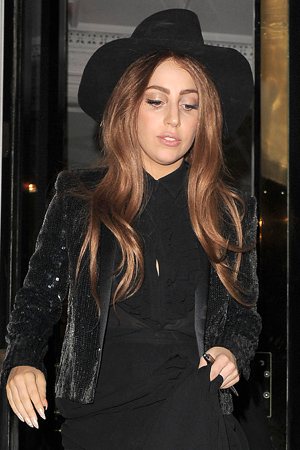 For you Little Monsters out there, good news cometh!

Lady Gaga is planning to debut a new single from her upcoming album, ARTPOP, at this year’s MTV Video Music Awards!

Gaga is scheduled to perform live at the award show, and this will be the first peek into her highly-anticipated third studio record, which will hit the shelves in November.

“ARTPOP as they pry the single from my bleeding fingers. It’s a scary thing to revisit those things underneath, the pain in your past. But all I found was raw passion. I thought I was destroyed inside. I’m just ready to fight. Start the music,” the songstress told the Little Monsters fansite.

The VMAs will be held at Brooklyn’s Barclays Center and will air on August 25, 9 p.m EST. Tune in for Lady Gaga or tune in for Justin Timberlake and Macklemore, who are leading the show with six nominations each.