Not so fast! Despite being scheduled for release on Thursday, Amanda Bynes’ psychiatric hold has been extended, per parents’ request, for up to two weeks! 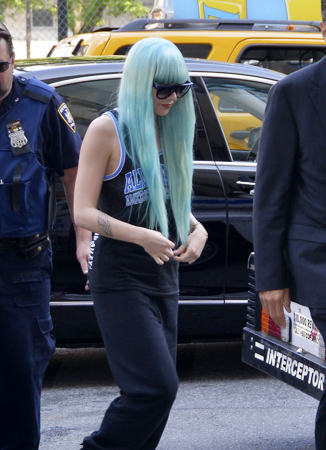 The wheels are in motion now!

On Thursday, the judge granted Rick and Lynn Bynes’ request to extend Amanda Bynes’ psychiatric hold for up to two weeks. The 27-year-old actress was supposed to be released yesterday.

Rick and Lynn are expected in court on Friday morning to also request a temporary conservatorship, which would permit them to attend to Bynes’ legal and physical affairs.

The star was detained on Monday after allegedly starting a fire in the driveway of a home near her parents’ house in Thousand Oaks, California. She was purportedly seen with a gas can and may have accidentally caught her pant leg on fire. Bynes was subsequently put on a 5150 hold, deemed a risk to harm herself and others.

It is still unclear as to why Bynes was back in the Los Angeles area since she has permanently moved to New York City months ago.

We don’t want to play favourites here, but we hope Bynes’ parents will be granted the conservatorship, just to be on the safe side. Maybe this media frenzy will end when Bynes is well taken care of.

Orlando Bloom has a foot fetish?
Jimmy Fallon and wife welcome baby girl!
Billy Ray and Tish Cyrus are back on