Been asked to speak at a friend’s wedding? The first step is to carefully research your speech. Everything you should never say during a wedding speech can be learned from movies. We’ve gathered the most embarrassing and awkward wedding speeches from the big screen. Take notes; you don’t want to make the same mistakes.

In I Give It a Year, the soon-to-be-released rom-com smash hit from Britain, Danny’s (Stephen Merchant) awkwardly prepared best man’s speech goes down like a cup of cold sick. It’s laced with lewd puns, and he makes inappropriate comments that inadvertently offend the whole wedding party in just one minute and 36 seconds.

Lessons 2–4: Never make an impromptu speech. Keep it relevant, and remember the old adage “what happens in Vegas, stays in Vegas”

The wolf pack’s united again in the Hangover 2. This time it’s Stu Price’s (Ed Helms) turn to get married, and while Alan (Zach Galifianakis) hasn’t been asked to make a speech, he’s come prepared with cue cards.

See these tips on becoming a great public speaker >>

Lesson 5: It’s not a competition to reduce the happy couple to tears

In Bridesmaids (2011), Annie Walker (Kristen Wiig) thinks life couldn’t possibly get any worse, until her best friend Lillian (Maya Rudolph) announces her engagement. Not only is Lillian engaged to a wealthy banker, but it appears she now has a new best friend — a smarmy, rich-as-a-troll, well-to-do woman called Helen. Not only does Annie feel like she’s competing for the position of maid of honour; she’s battling to retain her title as best friend. And this becomes more obvious during the engagement party speeches.

Tempting as it might be to try to embarrass the bride (or the groom), it’s considered poor form to talk about the number of previous partners, let alone mention their names. If only someone had informed Tom Solomon’s (Jason Segel) best man before he prepared one of the funniest speeches ever in The Five-year Engagement (2012).

An open mic combined with alcohol is a deadly combination. You only have to watch the best man’s speech in The Wedding Singer (1998) to know this is true. David Veltri (Steve Buscemi) is the black sheep of the family and finds himself bitterly complaining about his miserable life. 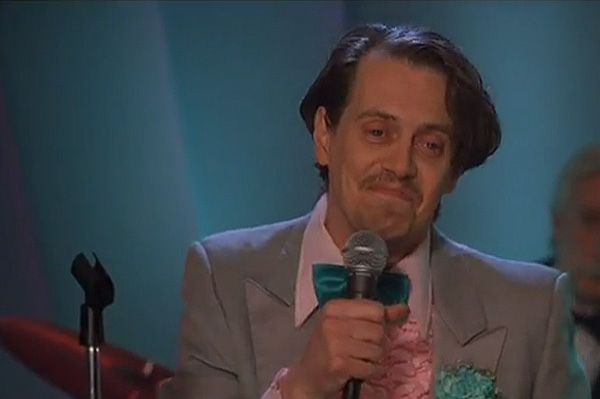 Could you be an alcoholic? >>