Terrifying! Kelly Rowland and a few friends were rescued on Friday after being stranded out in the open water for 12 hours in fog and high waves. 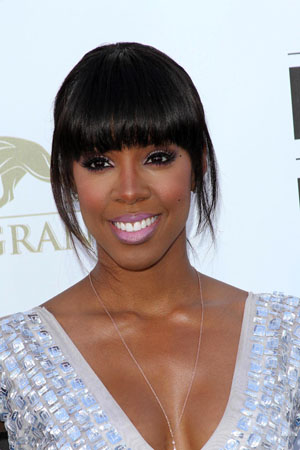 Kelly Rowland got quite a scare on Friday when a private boat she rented with friends broke down offshore in Provincetown, Massachusetts. Admittedly, we probably would not mind getting stranded with Kelly. . .

The singer, et al, reportedly set out for a day of whale watching, but the trip came to a halt when a fog rolled in and their watercraft became “disoriented in the five-to-six-foot waves”.

According to a TowboatUS Provincetown employee, after learning about the vessel’s trouble, “The US Coast Guard was able to triangulate their position.”

But Rowland was not out of the woods yet: while being escorted by the Coast Guard back to Provincetown, the singer’s boat broke down and had to be towed the last four miles. Rowland was reportedly very grateful for the help; the group spent a total of 12 hours at sea and everyone was exhausted upon arrival to shore.

Now, that is an adventure right there! It must have been terrifying being stranded at sea with a fog, and then upon rescue, having your boat break down. Luckily, everything turned out well and nobody was hurt. Phew!

Modern Family’s Jesse Tyler Ferguson got hitched!
Billy Ray and Tish Cyrus are back on
Tina Turner ties the knot in Switzerland!