Jesse Tyler Ferguson and long-time beau, Justin Mikita, were married in a celebrity-studded ceremony in Manhattan over the weekend. 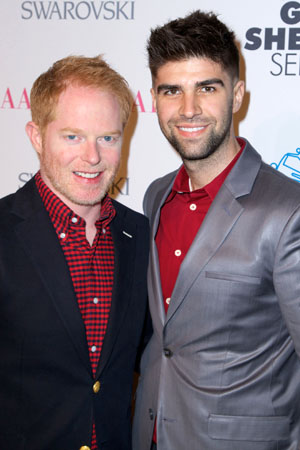 Both of these fine fellas are now officially off the market!

Modern Family’s kids get a raise >>

The ceremony was attended by more than 200 guests, including his co-stars Ty Burrell, Julie Bowen and Eric Stonestreet. But the celebrity guests did not end with the Modern Family stars; the wedding was also witnessed by Jerry O’Connell, Zachary Quinto, Cat Deeley, Padma Lakshmi, Nigel Barker and many more.

The couple have been together for more than two years; Ferguson proposed in September while vacationing in Mexico.

Congrats to the happy couple! We cannot wait to see the photos of the ceremony and of this adorable duo.