Now this is something to twerk about! Billy Ray and Tish Cyrus are allegedly skipping the divorce after a breakthrough in couple’s therapy. 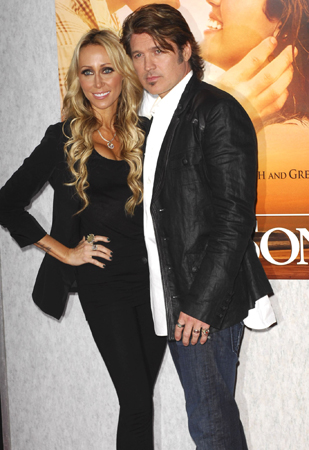 All they needed was that lovin’ feeling. . .

According to E! News, Billy Ray Cyrus and wife, Tish, have reconciled, after a healthy dose of couple’s therapy amidst their sudden divorce, filed by the singer in June.

“I spoke to Tish and she told me they both woke up and realized they love each other and decided they want to stay together,” the couple’s friend, Ken Baker, told E!. “They recently went into couples therapy, something they hadn’t done in 22 years of being together, and it’s brought them closer together and really opened up their communication in amazing ways.”

Baker continued, “She also said marriage can be really hard, especially after 22 years of being in the entertainment business, and admittedly they’ve had rough times. But they both realized they didn’t want to be another statistic and want to make it work.

“They went into the therapy with the goal of divorcing in a way that was healthy for the children, but ended up coming out of it with the realization that they in fact want to stay together. Tish sounds happy and energized about having this fresh start.”

There is much to be said about the courage to delve into a relationship and try your best to resuscitate the passion that was once there, so we applaud this couple. The two have been spotted holding hands last week during a walk and Tish even posted of photo with Cyrus on Instagram on Saturday, being all cuddly with the caption “Date Night.” So, therapy seems to be working!

We hope Miley Cyrus’ parents are in it to win it and that there shall be no more of these divorce scares. (This is the couple’s second divorce filing!).