Marc Anthony is upset about discriminatory tweets he received for singing “God Bless America” at the MLB All-Star Game. The messages were sent because he is of Hispanic descent. 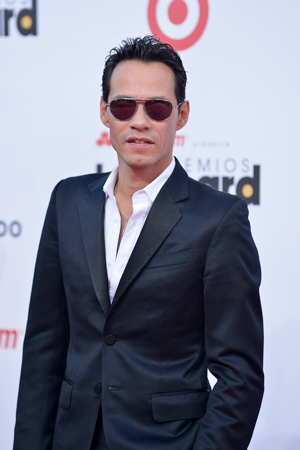 Marc Anthony is not a happy camper after facing a multitude of discriminatory complaints about his performance of “God Bless America” during Tuesday’s MLB All-Star Game—complaints claiming the singer is not American enough to sing the patriotic song.

Anthony, born and raised in New York City by Puerto Rican parents, was subjected to tweets questioning his nationality, authenticity and one even incorrectly identifying his heritage, stating, “Why is a Mexican, Marc Anthony, singing god bless america? Doesn’t he know this is AMERICA’s song? #ASG.”

We’re not quite sure how much these angry tweeters know about their own country and their own background, but it seems very little. America was kind of built by immigrants. . . Although, Anthony was born in the States, so those comments are simply ignorant.

“You know, me singing the national anthem, there was some statements made that people were upset that they would have somebody from another country sing the national anthem. But to set the record straight, I was born and raised in New York. You can’t get more New York than me,” the singer stated on Live! With Kelly and Michael.

Of course, he did not actually sing the American national anthem (which is “The Star-Spangled Banner”)—he sang “God Bless America”—and corrected his mistake a moment later. Otherwise, those fuming tweeters would have more material for their jabs.

We think Marc Anthony did a wonderful job with the song and is a great example of the multiculturalism that the United States and Canada were built on.