Love must have had something to do with this. Tina Turner wed her long-time partner, Erwin Bach, in a civil ceremony in Switzerland. 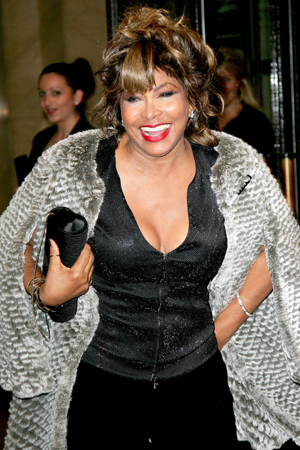 In case you needed more evidence that Tina Turner is simply the best. . .

The 73-year-old singer and her 57-year-old beau, Erwin Bach, reportedly were married in a simple, private civil ceremony at Lake Zurich in Küsnacht, Switzerland, several days ago. About time! These two lovebirds have been together for almost 30 years!

“There will be a private celebration in Küsnacht on Sunday, [July 21]. We do not have any information about names or number of guests,” a source told E! News.

According to France 24, the couple are planning a celebration at their Küsnacht manor with a Buddhist ceremony (Turner is a practicing Buddhist). The ceremony will reportedly be attended by approximately 120 guests, including David Bowie and Oprah Winfrey. According to Schweiz am Sonntag, the guests have been requested to wear white, while Turner will be wearing a white gown by Georgio Armani.

The couple met in 1985 at a record label party in London and started dating the following year. Turner made the big move to Switzerland in 1994 for Bach’s business. The singer received her Swiss passport in April and has turned in her American one.

Congratulations to the couple! Just proves that it’s never too late to walk the aisle.