Emma Roberts was arrested after having a very unnerving fight with her boyfriend, Evan Peters. The authorities were called in by a fellow hotel guest. 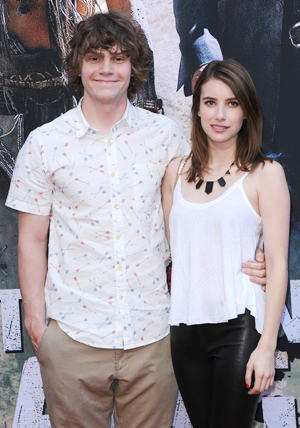 Just when you think you know somebody. . .

Emma Roberts was arrested on July 7, on our very own Canadian home turf in Montréal, after the authorities were called to the hotel room she was sharing with her beau, Evan Peters.

According to Montréal police, the phone call was placed by another guest at the hotel at around 2 a.m., after hearing the couple’s spat. Both Roberts and Peters were found with injuries. Based on witnesses’ testimonies, Roberts was arrested and then released without charges.

“It was an unfortunate incident and misunderstanding. Ms. Roberts was released after questioning and the couple are working together to move past it,” the reps for both actors told E! News.

The couple is reportedly still together, despite the incident. The two have been dating since before Valentine’s Day and have starred in Adult World together.

A very unusual incident. Emma Roberts is not associated with any wrongdoing, ever. Perhaps it was just a misunderstanding and all is well with the world. What do you think happened?

J-Lo earns big bucks singing for “crooks and dictators”
Fergie is petitioning to change her name!
Kelly Osbourne is engaged!