From documentaries to action-packed flicks, we’ve got you covered! 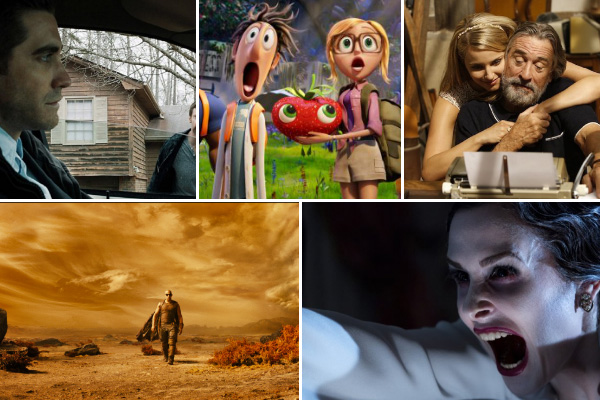 This month brings a combination of sequels and new productions, but either way, we’re excited about the big names and newcomers making an appearance. Vin Diesel returns with the third instalment of sci-fi-action film Riddick, while sequels Insidious: Chapter 2 and Cloudy with a Chance of Meatballs 2 are also back. Actors Terry Crews, Will Forte and Kristen Schaal will be joining the star-studded cast of animated film, also starring firm favourites Anna Faris, Andy Samberg and Neil Patrick Harris.

We’re also excited about Prisoners and The Family, so mark your calendars!

Even if you’re a horror film fan, here are 10 horror movies you shouldn’t watch alone! >>

Did you know that Rush is going to be screened at our very own Toronto International Film Festival? Check out the trailer, and let us know what you think.