Jennifer Lopez is accused by the Human Rights Foundation of earning millions of dollars singing for corrupt oligarchs and leaders of the world. 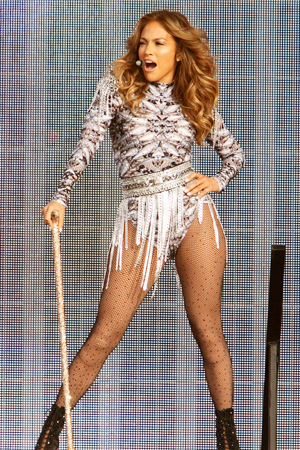 It appears that J-Lo is not out of the woods, yet.

After getting the stink-eye from the Human Rights Foundation last month for performing “Happy Birthday” to Turkeminstan’s oppressive leader, Gurbanguly Berdimuhamedow and then claiming to have been ignorant of the dictator’s controversial regime, Jennifer Lopez is under heavy scrutiny yet again.

The Human Rights Foundation (HRF) poured over Lopez’s performing history and discovered that this was not the first time the pop singer put on a show for a controversial leader. According to the HRF’s website statement, Lopez has earned “in excess of $10 million for serenading crooks and dictators from Eastern Europe and Russia.”

“What those covering this story have missed is that J-Lo and her management have misled her fans and the public,” stated the HRF president, Thor Halvorssen. “J-Lo has repeatedly mingled with and entertained some of the world’s worst thugs and their cronies. The ‘Jenny-from-the-block-who-doesn’t-Google’ clarification may be credible in one instance, but it beggars belief in light of a pattern of repeated behavior.”

Adding, “This is not about ignorance, it’s about greed.”

The organisation provides evidence of five instances of Lopez’s performances for corrupt or oppressive leaders, including a corrupt Uzbek mogul Azam Aslanov and Russian bureaucrat, Alexander Yolkin, who was actually arrested for corruption on the day of J-Lo’s corruptions. Lopez also reportedly has a performance lined up with the dictatorship of Azerbaijan in 2014.

“The collective outrage that now follows Lopez’s behavior is a categorical signal that it is not right to enjoy a free society, and then seek to profit from those who have acquired their riches from cronyism and the wholesale negation of human rights,” Halvorssen continued.

The HRF did confirm that Lopez possesses the right to perform for whomever she wants but simply cannot excuse such choices by pleading ignorance (since there’s a pattern there).

This is quite shocking; we would have never guessed that J-Lo had such an extensive history of singing for corrupt bureaucrats and leaders. We’d prefer that she at least be honest about it and not try to gloss over it. What do you think?