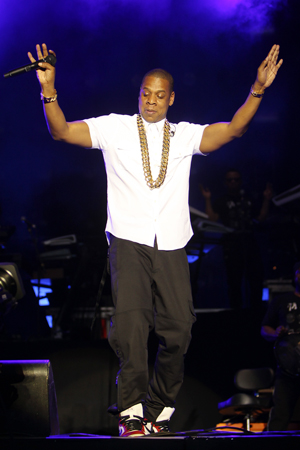 Jay-Z has surely impressed overseas. The rapper topped the British album charts for the first time in his career with his latest release, Magna Carta Holy Grail.

The Official Charts Company announced that Jay-Z dethroned the English folk band, Mumford and Sons, after the latter recently reclaimed the top spot with their sophomore album, Babel.

Magna Carta Holy Grail is the rapper’s twelfth album and features the musical talents of Justin Timberlake, Beyonce and Frank Ocean. It was released last week as an app download for Samsung Galaxy phone on July 4 and for wide release on July 8.

Rod Stewart grabbed the second spot on the British charts with his latest album, Time, and folk rock band Passenger took the third with All the Little Lights.

Seven of Jay-Z’s previous albums have entered the British Top 40 in the past, but none have reached number one. Well, we think it’s well deserved; the rapper released an incredible record.