J.K. Rowling has published a crime novel, The Cuckoo’s Calling under the pseudonym Robert Galbraith. This is the author’s second post-Harry Potter book. 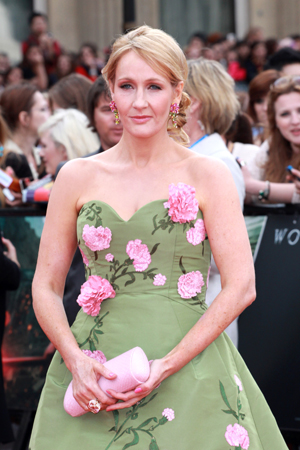 According to the Daily Telegraph, J.K. Rowling has secretly penned a crime novel The Cuckoo’s Calling, under the pseudonym Robert Galbraith.

“I had hoped to keep this secret a little longer because being Robert Galbraith has been such a liberating experience. It has been wonderful to publish without hype or expectation and pure pleasure to get feedback under a different name,” Rowling was quoted as saying in the Sunday Times of London.

The novel was published back in April under the same imprint, Sphere at Little Brown, as Rowling’s previous post-Harry Potter fiction work The Casual Vacancy. The book has already received a stellar review from the Publishers Weekly, stating, “in a rare feat. . . Galbraith combines a complex and compelling sleuth and an equally well-formed and unlikely assistant with a baffling crime in his stellar debut.”

The Cuckoo’s Calling tells a story of a one-legged private detective named, Cormoran Strike, who is hired to investigate the mysterious death of a supermodel, Lula Landry. The book sold a measly 1,500 copies since release, but after Galbraith’s true identity has been revealed, the sales skyrocketed by a whopping 150,000 per cent!

Does J.K. Rowling have another Potter up her sleeve? >>

Rowling chose to use a male pseudonym, because male writers tend to sell better (which is also why she uses J.K. Rowling, it’s gender-neutral). Robert Galbraith even had his own fictional biography written by the publisher, which claimed he was once part of the Special Investigation Branch at the Royal Military Service.

Would this new knowledge alter the way you would read the novel? Are you thinking of picking up a copy?