This makes sense. A photographer called Suri Cruise a “brat” when she didn’t behave as he would liked her to on her dash to an SUV with mum, Katie Holmes. 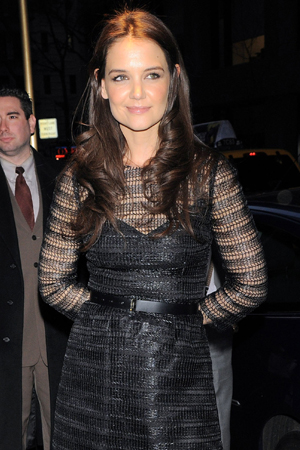 You know that feeling of dread you get when you cross a line you shouldn’t have? Well, this fellow just whizzed right past all boundaries of decency, without even looking back.

A paparazzo — whose identity remains a mystery — was apparently peeved, when Suri Cruise did not appear at all amused by the swarm of photographers waiting for her, her friend and mum, Katie Holmes, as they walked to their SUV.

In a captured video, Holmes departs the building with Suri and her little friend, even doing a quick acknowledgement wave. As the photographers close in on them, the seven-year-old Cruise can be heard yelling, “Stop it!” and “Get out of the way!” While they climb into the SUV, a photographer shouts, “Bye Suri, you little brat”.

Another photographer objected to the remark, and we love him for it, but the offending paparazzo would not bend and retorted back with, “She’s a b****. . . A little brat kid.”

It’s difficult to tell if Holmes or Suri heard the remarks.

So, an adult man called a little girl a brat because she did not curtsy to the photographers, who have been following her since birth? Those words should not even be a currency in reference to a child, especially coming from the mouth of a stranger and paparazzo (who are just glorified stalkers, really).

What do you think? Did Suri deserve it?