Kanye West is not happy with the leak of his latest video for the single “Black Skinhead.” The rapper took to Twitter to ask media outlets to take it down. 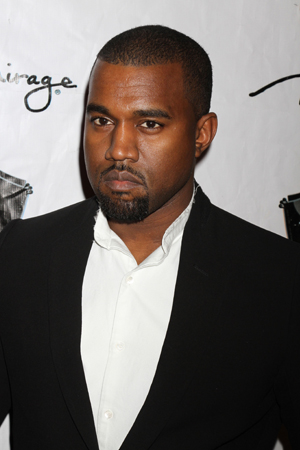 He seemed calmer when his entire album leaked…

Kanye West is not hiding his fury after the video for “Black Skinhead” was leaked on his own website about a week before official release.

The music video for the first single from West’s latest, Yeezus, was posted on the rapper’s website and then quickly taken down, but not before numerous media sources saved it for their own.

“The BLKKK SKKKN HD video that leaked yesterday was not the official version,” West tweeted on Tuesday.

“Me and Nick Knight have been working on this video for 5 months and for creatives it’s heartbreaking when something like this happens,” the rapper continued. “The final version will be ready within the next week.”

Kanye then courteously made a request to all the media outlets, “So any website that may have the unapproved / unfinished ruff I ask you to please take it down.”

Adding, “Allow me and Nick to give the world what we’ve been losing sleep over.”

Before you jump to conclusions and think, “Hey, Kanye doesn’t seem mad at all,” think again! The rapper finished the Twitter explanation of the leak with a simple sign off, “And to who ever leaked the video. . . F*K YOU!”

There it is. Now that’s the Kanye we love. The leaked video reportedly featured black and white animation with little going on, which some people were actually not big fans of. Hopefully, the final cut will be a little more interesting and exciting?