Niall Horan has finally confirmed that his Twitter account has indeed been hacked. The One Direction-er’s fans have been trying to grab his attention for a week. 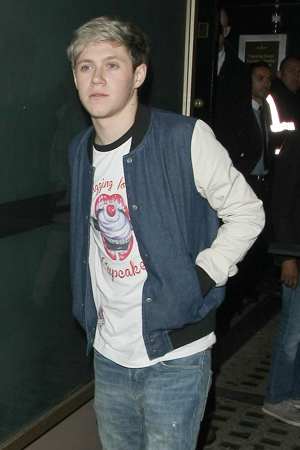 If you’ve been receiving private messages from Niall Horan lately, we must warn you that his account has been hacked.

The One Direction-er has been sending messages and “following” strangers all over the place, without even knowing it. How did he find out? With a little investigative work and the ruthless persistence of a fellowship of devout fans. Duh.

“Ok my twitter is being hacked as we speak!” Horan tweeted. “Unfollowing people! DMing people. All kinda stuff! Will get control again.”

1D’s Niall Horan gets his braces off! >>

Not only did the fans make the hashtag #NIALLCHANGEYOURPASSWORD trending worldwide, but two particular fans went above and beyond to help Niall with the hacking problem. In a lengthy post, two One Direction fans chronicled their investigation into Horan’s following patterns, posts and even ventured a theory into the possible identity of the hacker (which, we admit, appears plausible). Now, that is devotion.

Of course, Niall caught up eventually and is now fully aware of his compromised account. We sincerely hope that those two fans, who have put so much effort, will be in some way recognised.

Be wary of the Internet, folks! Everything and everyone can be hacked.