This is surprising and not surprising at the same time. Mumford and Sons’ second album, Babel, has returned to the music charts after the Glastonbury festival. 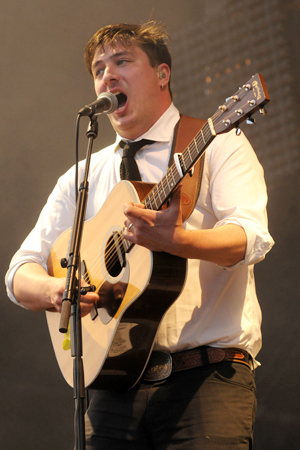 Their music is never really gone. . .

Mumford and Sons were spotted yet again at the top of the British album chart on Sunday, after the sales of their sophomore album, Babel, were dramatically reignited a week after their wonderful performance at the Glastonbury music festival.

That must have been a pleasant surprise, no?

The folk group wedged out Michael Bublé’s To Be Loved from the top position by a mere 125 copies! Babel has entered the album chart on three separate occasions since it’s release. It’s that good.

Mumford and Sons were not the only ones who felt a resurgence in album sales. The Rolling Stones —  one of the main acts during the Glastonbury fest — moved up on the charts from number 29 to 20 with their latest record, Grrr!.

Oh, the power of festivals! These are definitely artists deserving of the top spots on music charts.