He is not keeping mum about it, that’s for sure. 50 Cent has responded to the numerous charges laid against him for allegedly attacking his ex-girlfriend. 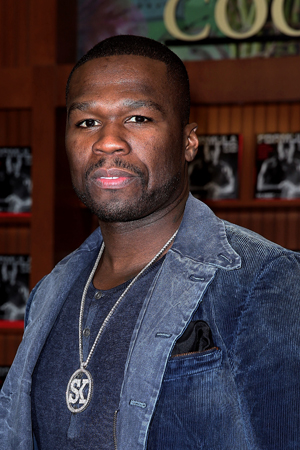 He has no plans of sitting idly by! 50 Cent, real name Curtis Jackson, has addressed his current turbulence in the legal department; the rapper was charged with domestic violence and four counts of vandalism, after allegedly attacking his ex-girlfriend at her home in Toluca Lake, California.

Jackson’s attorney, Scott Leemon, responded to the allegations through E! News: “Curtis Jackson denies these allegations as made against him. It is important to note, Mr. Jackson has not been arrested and there is no warrant outstanding for his arrest.”

50 Cent charged for violence against ex-girlfriend >>

He added, “We have been in contact with the L.A. city attorney’s office and are currently conducting our own investigation into these allegations. Out of respect for the legal process, we will not be commenting any further at this time.”

The incident allegedly spawned from a heated argument between Jackson and his ex- girlfriend; the rapper then purportedly lashed out against the furniture, while his ex locked herself in her bedroom. Jackson then, allegedly, kicked down the door and kicked the victim. It is estimated that the furniture-breaking rampage produced $7,100 worth of property damage.

Jackson is due for arraignment on July 22.

Now, we’re all confused. . . We don’t know who to believe! We hope this gets sorted out.