Rapper 50 Cent is accused of attacking his ex-girlfriend at her home and causing thousands of dollars worth of property damage. 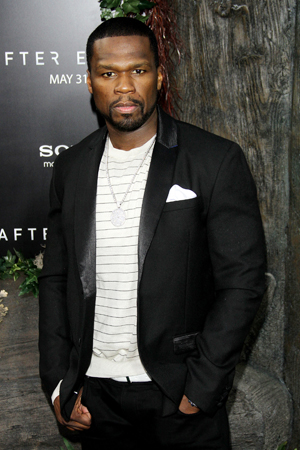 Well, luckily, unlike some celebs, he is not outside the law.

50 Cent has been charged with domestic violence and a whopping four counts of vandalism after allegedly assaulting his ex-girlfriend at her home in Toluca Lake, California.

According to the LAPD, authorities were called to the scene on June 23, when an argument between the rapper (whose real name is Curtis Jackson) and his former girlfriend escalated to dangerous proportions. 50 Cent channeled his anger into ravaging the furniture, while his girlfriend locked herself in the bedroom. The rapper then allegedly kicked down the door and kicked the victim.

By the time the police arrived, Jackson had already left. He has reportedly left a trail of $7,100 worth of damage, including a broken television. The rapper is due for arraignment on July 22 and is facing a maximum of five years in jail.

The victim had reportedly been in a relationship with 50 Cent for three years, and they have a child together. Her identity remains undisclosed, since this is a domestic violence case.

“Regardless of perceived celebrity or notoriety, domestic violence is a serious crime and alleged perpetrators will be prosecuted to the fullest extent of the law by this office,” stated the city attorney, Mike Feuer. “We will continue to look out for the safety of all victims of domestic violence and seek justice for the alleged crimes.”

Hopefully, justice will prevail! We’re glad the LAPD are not making any excuses and pursuing this incident, in spite of the involvement of a celebrity. We hope the victim of the event was not hurt.