This could be a good one! Vince Vaughn is starring in another film, this time a remake of the French-Canadian comedy, Starbuck. The movie also stars Chris Pratt and Cobie Smulders.

It’s been a while since we’ve seen Vince Vaughn in a quality film, despite his extensive efforts. But his upcoming film actually looks pretty good. . . a judgement that stems strictly from the fact that it’s a remake of a Canadian comedy which we have already seen and loved. 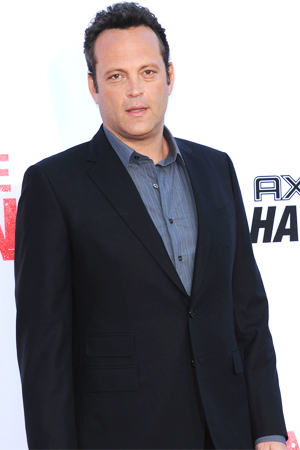 Vaughn is starring in Delivery Man, a remake of the 2011 Starbuck, both directed by Ken Scott. It’s a hilarious story of a sperm donor aliased “Starbuck”, who discovers that he has fathered 533 children, 142 of which have rallied in a massive lawsuit to uncover their father’s identity.

The original movie starred Patrick Huard as David Wozniak, the role that Vaughn has taken over in the remake. Chris Pratt is playing David’s lawyer and Canadian-born Cobie Smulders is portraying David’s girlfriend, Emma. Delivery Man will be produced by Steven Spielberg.

The Brady Bunch is coming back! >>

It’s difficult for us to discuss the potential of the movie without showing a Canadian bias. . . The film will be in English, which will target a larger audience than the original, and it will scrap the distinct nuances of French-Canadian-ness in favour of more mainstream ones, while retaining the beauty of the humour. And of course, Hollywood also has access to actors like Vaughn, Pratt and Smulders. Basically, the things that we loved about the original film will be glossed over and American-ized, which is not bad per se, but slightly offensive to a devout Canadian.

The film looks good, and if you have never seen the original, the changes may not even bother you at all. Plus, Vaughn is an adorable human being. Delivery Man opens in theatres on Nov. 22. Will you be checking it out?