Jennifer Lopez is in some hot water after singing “Happy Birthday” to the president of Turkmenistan, who runs an oppressive regime in the country. 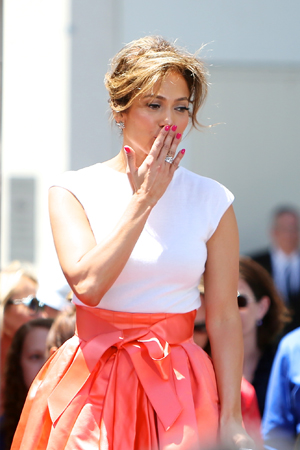 Nothing wrong with trying to clarify the situation…

A representative for Jennifer Lopez is working overtime trying to clear the air about the pop star’s performance in Turkmenistan, when she sang “Happy Birthday” to the country’s oppressive leader, Gurbanguly Berdimuhamedow.

JLo performed the show on Saturday night, hosted by the China National Patroleum Corp., with Mr. Berdimuhamedow in attendance. The Turkmen president currently stands accused of several human rights violations and of an excessively oppressive rule. Lopez was reportedly asked to sing the birthday song towards the end of the show and agreed.

The star’s publicist claims that the incident occurred due to lack of information and states that, “had there been knowledge of human rights issues any kind, Jennifer would not have attended.”

We’re not quite sure if ignorance is the best excuse for such an incident, but we suppose we could let it slide. Celebrities should really do their research before signing on for events or special requests. What do you think?