Jessica Simpson is yet again out of the seemingly perpetual pregnancy! The star gave birth to a baby boy on Sunday, and everybody is healthy and well. 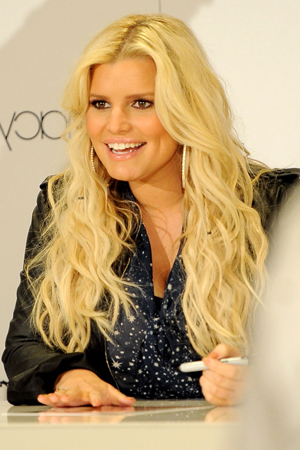 The child hath arrived! According to Us magazine, Jessica Simpson and beau Eric Johnson, welcomed their second child — a baby boy — on Sunday!

The baby arrived via scheduled C-section in Los Angeles, California. And his magical name is… Ace Knute Johnson, y’all!

“Ace Knute (pronounced Ka-nute) Johnson has arrived! Mom and baby are doing great,” Simpson’s rep told Us. “Jessica, Eric and Maxwell are thrilled to welcome the new addition to their family.”

Simpson previously revealed her plans to name the baby Ace, and the seemingly unusual middle name is actually an homage to Johnson’s paternal Swedish grandfather, Knute Johnson. So, they weren’t just trying to come up with a wacky celebrity name.

The couple have been engaged since 2010 and already have a one-year-old daughter, Maxwell, together. Simpson announced her second pregnancy just seven months after having her baby girl. Maybe now the couple can finally get married! They have been postponing the walk down the aisle due to the unexpected pregnancies.

Well, congrats to the happy parents! What do you think of the little guy’s name?