Magic indeed. Channing Tatum may take on directing duties for the sequel to the very popular Magic Mike. The actor has yet to decide. 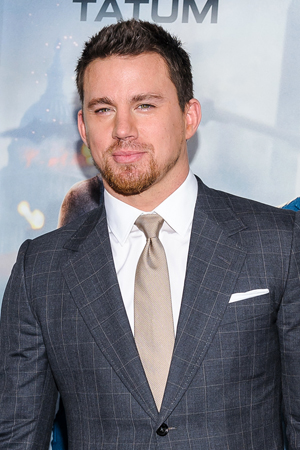 Seriously, is there anything this man cannot do?

According to an interview with The Hollywood Reporter, Channing Tatum may actually direct Magic Mike 2! This would make him just one step closer to becoming a human Swiss Army knife…

“That’s sort of where we are at — either [my producing partner] Reid Carolin and I will direct it together, or we’ll have Greg Jacobs direct,” he told the website.

That’s incredibly exciting! We’d love to see Tatum in a directing role, he’s been surprising us year after year, we’re sure he is up to the task. So, what can we expect from the sequel?

“It will essentially be the movie that everyone thought the first one was going to be: crazy and fun and less slice-of-life and less drama,” Tatum continued. “The first one, we had to make not so cheesy and campy; this one we are going to swing for the fences.”

Now, that is what we want to hear! Since the first Magic Mike was an experiment to get the formula right (which they totally did!), the sequel can explore more dangerous and adventurous territory. But with great power, comes great responsibility; we’re hoping Tatum and friends will only build upon the success of the first film.

What do you think of Tatum as Monsieur Directeur? (it’s actually “réalisateur” in French, but whatever.)