Jonah Hill admits that dealing with backlash is a lot easier now that Martin Scorsese has cast him in his latest film. Talk about a confidence boost! 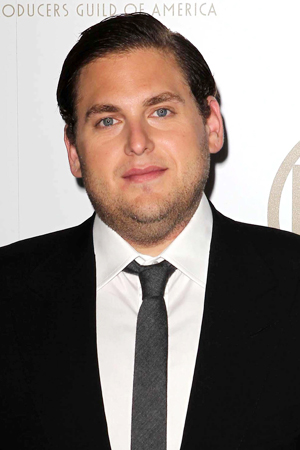 Jonah Hill has a lot to be proud of, for sure, but he admits a highlight for him was the transition from having exclusively comedic parts to scoring Oscar contender roles.

“You can dis[s] me all you want on a blog, or write whatever you want in this magazine and I’ll just be like, ‘Whatever, man. Scorsese thinks I’m awesome,” Hill told Bullet Magazine.

The actor is referring to his newest film, The Wolf of Wall Street, co-starring Leonardo DiCaprio and directed by Martin Scorsese.

“He hired me and didn’t fire me, so I can kind of not care now,” the actor admitted. “I knew that I was being considered among a list of other actors, but not my contemporaries — Andrew Garfield or Joseph Gordon-Levitt — people who are usually up for the same stuff as me.”

You know you’re doing well as an actor, if your name is tossed in the same hat as George Clooney. Hill has really stepped up his game since his Superbad days and was nominated for Best Supporting Actor Academy Award in 2011 for Moneyball.

His latest, The Wolf of Wall Street, chronicles the real-life story of Jordan Belfort (DiCaprio) and his extensive market manipulation scheme, which laundered millions of dollars. Hill plays his sidekick, Donnie Azoff.

Everything Hill touches turns gold, so we can’t wait to see his future endeavors. Meanwhile, The Wolf of Wall Street looks incredible… Plus, it’s Scorsese. Plus, it’s DiCaprio. Plus, it’s Jonah Hill. Will you be hitting the theatres to watch this bad boy?