Well, sometimes you’re too busy to see it! Emma Watson admits that she didn’t notice her fame until university, when she was being followed by photogs. 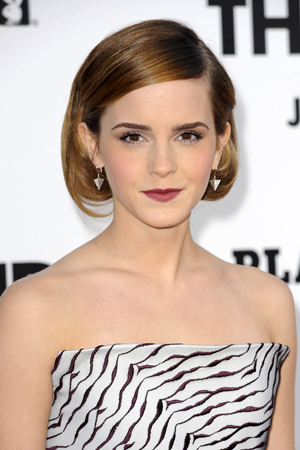 This may sound a little unlikely, but Emma Watson did not realize she was famous until recently. She just didn’t have time to even notice!

The 23-year-old actress has been starring in the Harry Potter franchise since she was nine years old, but it wasn’t until she enrolled at Brown University in 2009 that the extent of her fame really hit her.

“I think, in a way, I was very protected during Harry Potter because I was working all the time. I would get in the car, go to the studio, and go home,” Watson told Teen Vogue in their August issue.

Emma Watson will produce her next project >>

Of course, when she started attending university and had hoards of photographers hounding her, Watson found it difficult to ignore her status.

“It sounds stupid, or completely unbelievable, but that was when I realized that I was famous,” she stated.

Emma Watson will not be in Fifty Shades of Grey >>

Aw, Emma! Our beautiful, gorgeous porcelain unicorn… Oh, we love her so! The actress consistently proves her humility, despite growing up in the spotlight.