Mumford & Sons are back on track after taking some time off for the recovery of their bassist, Ted Dwayne, post-surgery.

Related story Bonnaroo's lineup announcement is the most unique yet — see who's playing! 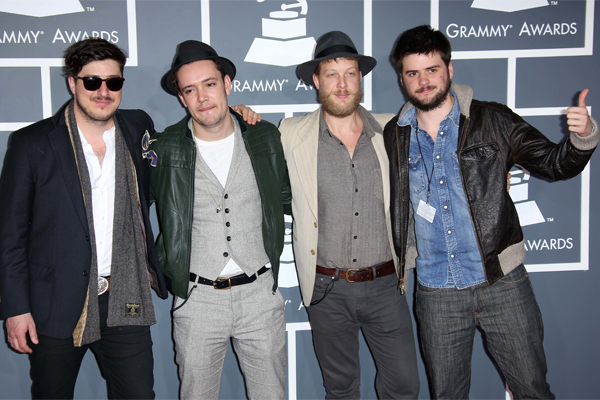 The boys are back! Mumford & Sons are back on tour after cancelling and postponing several shows to give their bassist time to recover following surgery.

The band’s bassist, Ted Dwayne, was hospitalized for a blood clot in his brain and had to undergo an emergency surgery two weeks ago. Mumford & Sons were forced to cancel their highly anticipated appearance at Bonnaroo Music & Arts Festival as well as several other shows. They have since rescheduled shows in Texas and New Orleans.

The band’s The Full English Tour will kick off in Toronto on August 26 and will wrap up on September 20 in Bonner Springs, Kansas. Toronto is Mumford’s only official stop in Canada, although they will be playing a two-day show in Simcoe, Ontario, as part of the Gentleman of the Road Stopover (but the tickets are sold out!). If you’re in Ontario in August, grab those tickets!

The band’s second album, Babel, has nabbed them a Grammy this year. It’s definitely a show worth attending. Are you planning to attend?