If you’re wondering what Canada has contributed to the music world, this list is a good place to start. These are some of the best Canadian songs of all time. 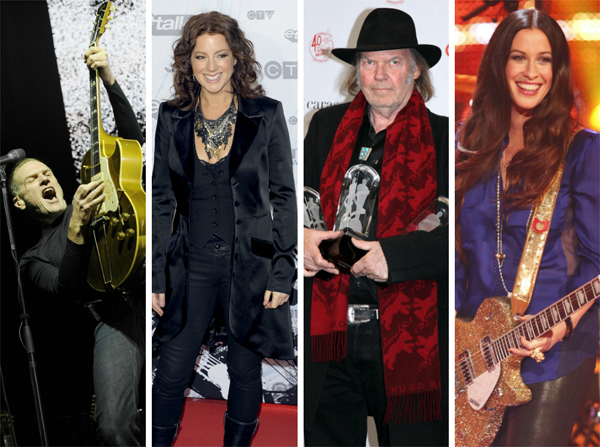 Heart of Gold by Neil Young

This is arguably one of the best songs of all time of the entire universe. Released on Young’s 1972 album, Harvest, it shot up to No. 1 in Canada and the U.S. Young admitted to having disliked the mainstream popularity the song brought him, and Bob Dylan also revealed greatly disliking the song because of its similarities to his style. Regardless, it’s one of those songs that sticks with you for a very long time, and that’s why it’s one of the best.

We just had to wash down these classics with a bit of indie rock. Arcade Fire burst onto the music scene with “Rebellion (Lies)” back in 2004, off its debut album, Funeral. The band’s innovative sound and beat make this song one of the best Canadian songs of all time, but it also inspired an entire genre of new music. The song is hard to forget, and the lyrics keep you interested for years afterward.

Let’s be honest: You can pretty much place any Sarah McLachlan song on this list. “Sweet Surrender” not only carries you back in time but inspires you as well (or are we the only ones?). McLachlan’s voice and lyrics are pure magic on this track. We’re really proud she’s Canadian.

My Heart Will Go On by Céline Dion

This is by far the most memorable song by Céline Dion and conjures up some famously emotional images of Leonardo DiCaprio floating in the water with Kate Winslet in Titanic. The single was released in 1997 as part of the Titanic soundtrack and as a track on Dion’s Let’s Talk About Love. It actually reached No. 1 all across the world and is considered to be one of the bestselling singles of all time. Plus, it’s Céline… We’ve loved her since “D’amour ou d’amitié” came out in 1983.

When you think of Canadian folk music, Joni Mitchell undoubtedly tops the list. “Big Yellow Taxi” was from Mitchell’s third album, Ladies of the Canyon, released in 1970 with greater success in Canada than down in the States. The song carries numerous environmentalist themes, inspired by Mitchell’s first trip to Hawaii. It was later covered by Amy Grant and Counting Crows.

Check out these 10 hot Canadian guys for Canada Day >>

You can’t compile a best-of list without tipping your hat to Charlebois. “Je reviendrai à Montréal” (English: I will return to Montreal) was a big hit in and outside of Quebec. It’s almost a poetical love letter to Charlebois’ birth town, paying homage to the beauty of the winter and to Montreal itself. It’s one of those nostalgic songs that either takes you back to the first time you heard it or prompts you to make memories in its honour. It’s one of the greatest, and you don’t even need to know French to appreciate it.

The Weight by The Band

What. A. Classic. “The Weight” was released in 1968 with the album Music from Big Pink and is now considered one of the best songs of all time (and not just in Canada!). Influenced by the American South (evident in the composition), this song recounts the experiences of a traveller passing through a town in the Bible Belt. It never ruled the charts at the time of release, but the numerous covers by other artists have kept it on the radar for decades after.

Oh, Paul Anka — the teen heartthrob of the late 1950s in Canada and the U.S. This 1957 song made the Ottawa-born singer famous and soared to the top of North American and overseas charts almost immediately. Anka allegedly wrote the song for a girl with whom he wasn’t quite acquainted at his church. It’s fun, upbeat and all kinds of amazing!

You Oughta Know by Alanis Morissette

Who doesn’t know this song? Morissette’s “You Oughta Know,” off the famous 1995 record, Jagged Little Pill, is utterly unapologetic and captures the raw emotions from a failed relationship that most of us dare not write down. Morissette never revealed the subject of the lyrics, but rumour has it that it was her ex-beau Dave Coulier. The single went on to pick up two Grammys in 1996.