Admit it: you’ve been curious too. Kim Kardashian and Kanye West’s daughter’s name has finally been revealed, and it’s kind of what we expected. 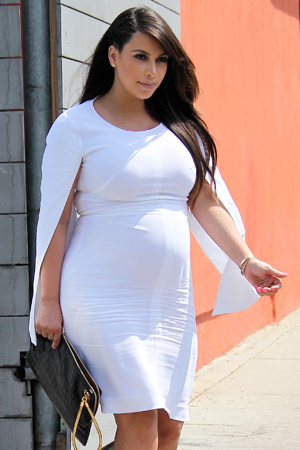 Finally, we have some direction!

After almost a week of speculation, we now know that Kim Kardashian and Kanye West’s daughter is named — wait for it — North West.

Who needs a compass, when your daughter is North?

The couple’s daughter reportedly has no middle name and will be called Nori for short.

“She has black straight hair! Lots of it! Looks like a good mix of both [Kanye and Kim] but more like Kim,” a source told E! News. “She’s adorable!”

The same source adds, “Kanye is so in love with her. He won’t leave her side.”

So, what do you think of the name North?