What a way to go. Selma Blair was reportedly fired from Anger Management and notified of her sacking via text from Charlie Sheen. 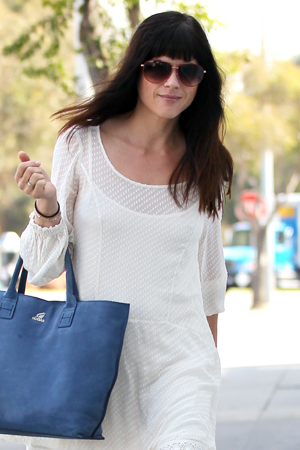 According to new reports, Selma Blair found out about her sacking from Anger Management through a text sent by Mr. Charlie Sheen himself. Ouch.

Can Charlie Sheen win back our trust? >>

The actress allegedly complained to the show’s producers about Sheen’s work ethic, and when the former Two and a Half Men actor heard of it, he went “full throttle” into having her kicked off the series. According to E! News, Blair “really had no problem leaving after Charlie flew off the handle and seems to be at peace to be off the show.”

The same source alleges that the environment on set was “awkward and toxic for everyone.”

Ashton Kutcher joins Two and a Half Men >>

Anger Management is now looking for a female replacement, but the new actress will have a completely new character. Blair played Kate, therapist to Sheen’s character; the two also had a romantic twist to their story on the show.

We’re sad to see it end like this! We loved the chemistry between those two on-screen! What do you make of this?

Dan Harmon returns to Community!
The Flintstones revived with the help of WWE
Miguel leg-slams fan at Billboard Awards